“Al-Andalus — An Andalucian Romance” — A Film or Play About Interfaith Relations in Tenth Century Spain, with a Minor in Poetry and a Major in Convivencia 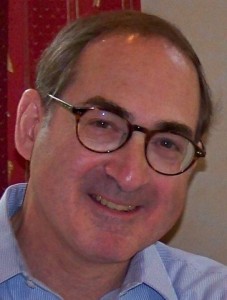 As a homage to that time and place; as a potential vehicle for teaching about that historical period and for constructive dialogue about Islamic-Jewish-Christian interfaith issues in general; and as a way to express some things that are meaningful to me and that I want to share with others, I have written what I think of as a filmscript, or perhaps a play, that takes place in al-Andalus in the Tenth Century. It is an historical romance.

The principal theme of the script is the historical reality of intimate and constructive relations between Muslims, Jews and Christians in al-Andalus at that time. What they shared was a culture – a culture that placed high value on, among other things, wonder, awe and respect for the revealed world, for what is still to be learned and for the divine mystery that will never be known; and moral character development.

— The beginnings of the Renaissance in Europe, in a Western European land under Muslim rule.

— The importance, both personally and for faith systems, of both engaging The Other and looking within.

The main characters all are historical figures.

It is extremely unlikely that this script will make its way to your local theatre any time soon. But if it plays in your mind and moves you, it will be a success.

I include this script in this website because poetry is one of the principal themes of the script. Poetry was an important part of the culture of al-Andalus, and the script celebrates that. The script also concerns how Hebrew poetry blossomed in al-Andalus through the adoption of the meter, form and subject matter of Arabic poetry, which by the Tenth Century already had a rich history.

With the hope that it will be enjoyable or helpful, I offer the historical romance below. Click here to view the entire text of the script.